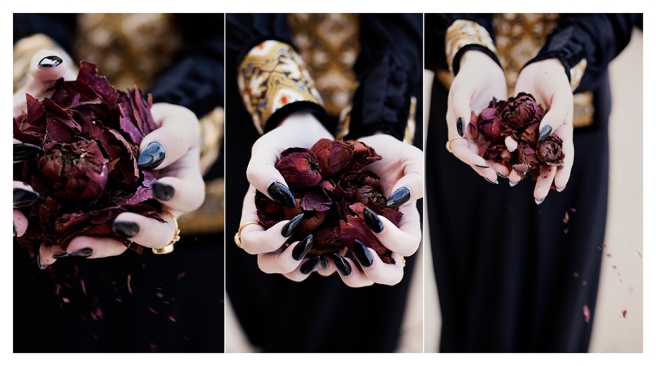 Aside from cosplay and costuming, I have a love for fashion. Couture, vintage, small ateliers. I love fashion that speaks to me, that’s unique, a little out of the ordinary. Something that you show up in and people aren’t quite sure what to think. One of my favourite acquisitions came from Romanian fashion designer Liliana Turoiu.

July 2015 we visited Bucharest, Romania. Despite calling itself Paris of the East, I sadly was not terribly in love with Bucharest. Perhaps we stayed too far away from Old Town, or it was the time of year, the unfamiliarity of the city, as much as I desperately had wanted to adore Bucharest, the trip proved to be a bit trying. On our last full day in Romania we made plans to rent a car in the morning and drive up into Transylvania. I had heard of how beautiful the Southern Carpathians were, and had been wanting to see them since we’d arrived. 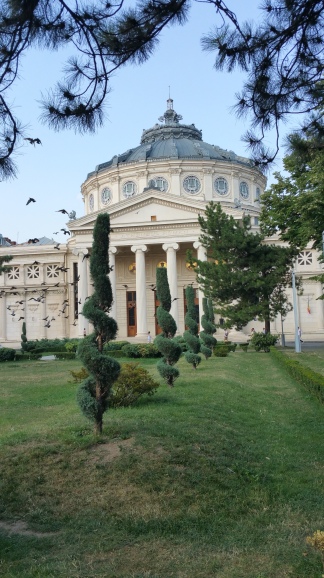 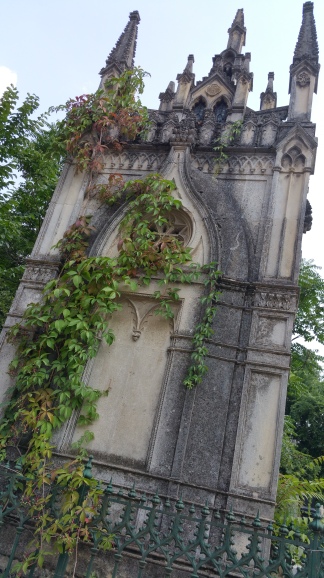 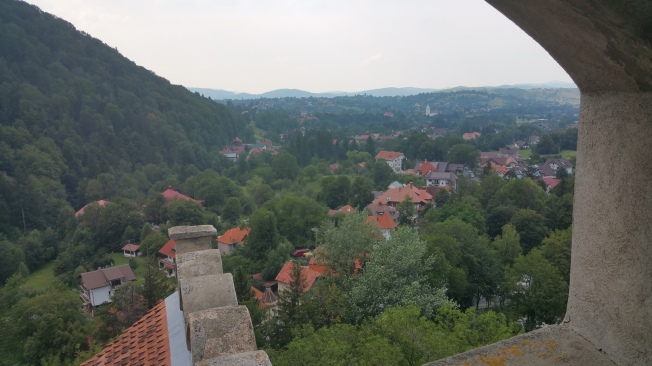 The landscape quickly changed. The flat plains and sunflower fields surrounding Bucharest gave way to winding mountain roads, small villages, misty peaks and valleys. What had been a very difficult holiday turned into something beautiful. While I’m not terribly fond of kitschy tourist destinations, I had wanted to visit Bran Castle despite the site having no true link to Vlad Tepes. The closer we got to Brasov the more beautiful the landscape became, and the greater the kitsch. We passed a sign emblazoned with the words ‘VAMPIRE CAMPING’, which I sadly didn’t get a photo with. 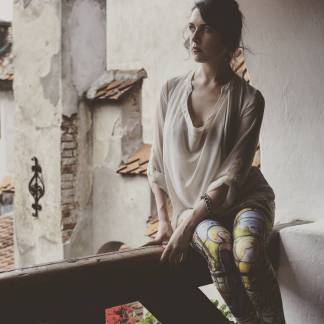 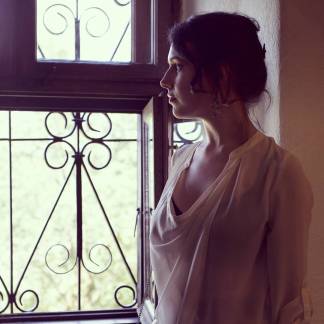 The shops surrounding the entrance to the castle grounds were predictably selling an assortment of the world’s very worst in Dracula kitsch. The line to enter the castle grounds seemed endless under the mid afternoon sun. Usually this is the point in which I retreat to the nearest bar and drink instead of withstanding the heat and crowds of people. However the part of me that loves most things vampires and has an undying love for Dracula won out, and I remained in line. 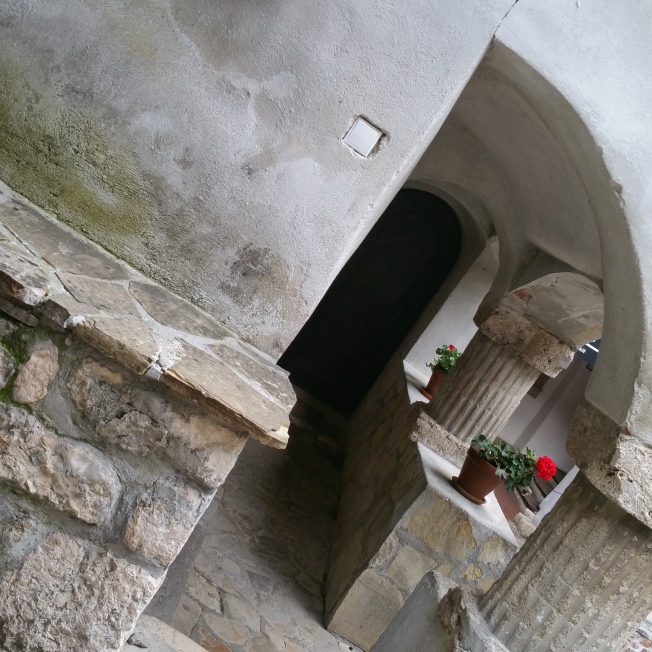 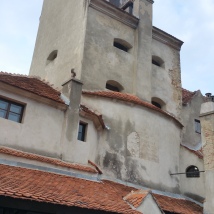 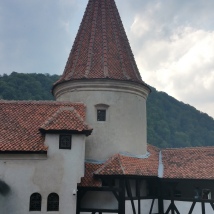 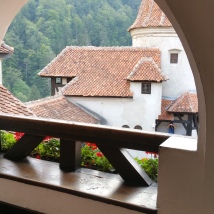 Romania isn’t particularly a popular holiday destination for Americans, and most of the people waiting along side me were either Romanian or German, and yes, regardless of nationality the majority of tourists are pushy and obnoxious, even though it did lend me the opportunity to see a Baby Bat with overdone winged eyeliner dressed head to toe in black in 95 degree weather sullenly leaving the castle with her father who assuredly had been dragged there by his goth daughter. She looked at me with my little bat hair clip and Black Milk Cathedral Leggings, and knew. 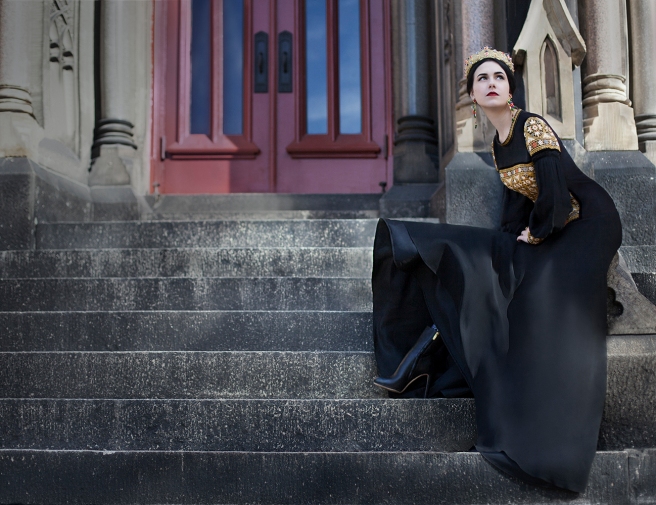 The line moved faster than anticipated and once we were able to leave the queue and enter the grounds, the entire feel of the place changed. It was no longer crowded, or filled with overwrought vampire kitsch. A steep climb up a stone pathway led to the castle and a breeze wafted across the peaks, off in the distance storm clouds rolled in. 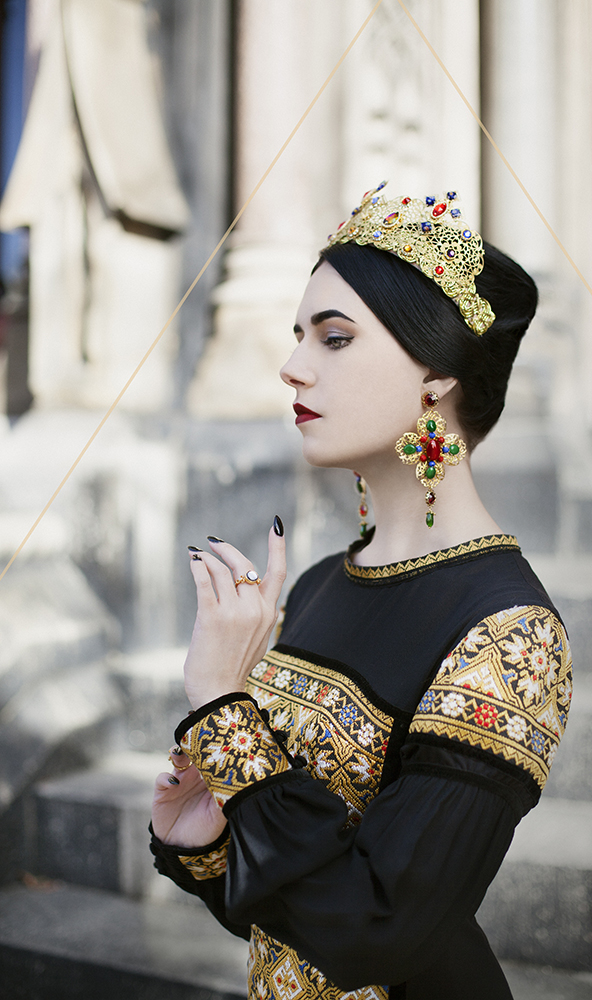 The castle itself was itself uncrowded and brightly lit with its white plaster walls and open galleries. There was very little in way of mention of the fictional Dracula within the castle, one room dedicated to some ‘history’ of the castle, focusing on everything from Teutonic knights, to the 1992 film. 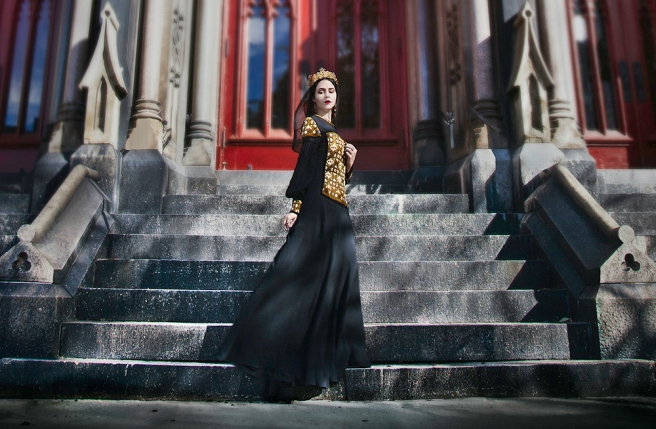 The thing that stood out to me the most was the Zestera exhibition by Bucharest fashion designer Liliana Turoiu. 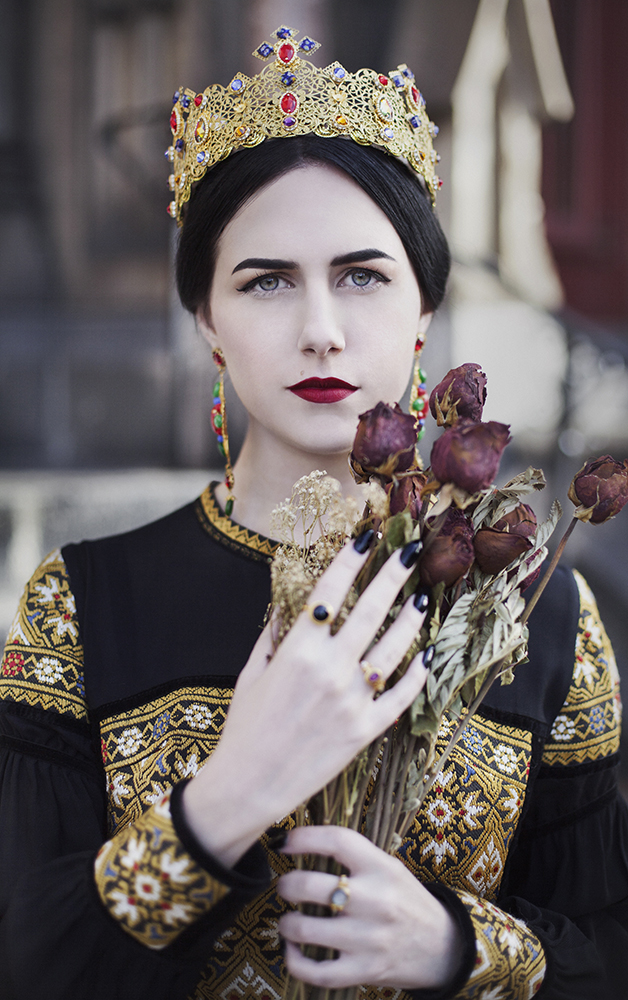 I had dearly wanted to acquire something unique from Romania, and set out the following day to locate her boutique in Bucharest. Unfortunately, we were due to fly out to Istanbul that afternoon and the address I had for the boutique led to an empty store front. Several months went by before I finally contacted Liliana through her Facebook page, began a dialogue with her inquiring about the dresses that had been on display. I sent her a photo that I had snapped of the fashion exhibit, and a few days and 4609 lei later, I had acquired the dress. 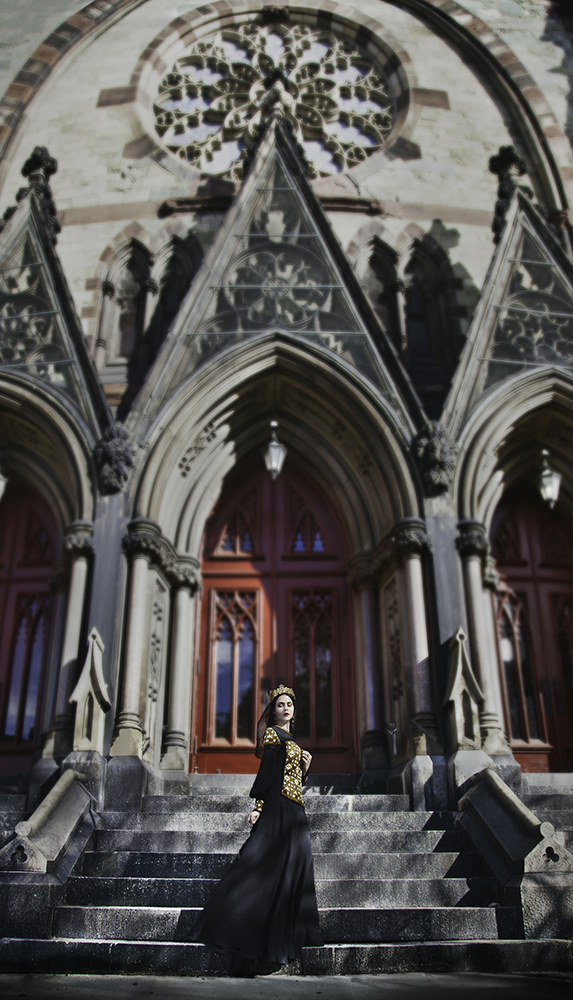 A few weeks later, my friend Sam Seddon and I shot the dress outside a Baltimore church, with the creative direction of Danielle LaFleur.