I was first introduced to Dragon’s Lair at a beach arcade. It was the summer of 1994. I was never very good at the game–seriously, play Dragon’s Lair, it is maddeningly frustrating to this day–but the ridiculousness of Princess Daphne’s character design always stayed with me.

Oh the early days of gaming, the sex farce damsels in distress in their Barbarella worthy attire. I don’t know what it was about Daphne that I always loved, probably the way she was floating around in that bubble in her luminous glittering caftan.

I first debuted this costume at DragonCon 2010 but was never particular happy with it, so I decided that I’d reprise it six years later.

The body suit is latex and was made by Collective Chaos. They do custom commissions, as well, for a fairly reasonable price, so if you ever need latex, hit them up. I did not go for a custom measured piece due to time constraints, however in retrospect I probably should have or at least sized down to an XS as the halter wasn’t as form fitting as it should have been. The crown was made by Theater Didymus and attached to the headband with Worbla. That luminous glittering caftan was made from 4 yards of a black and silver lurex. The wig was an eBay find from when I cosplayed her in 2010. 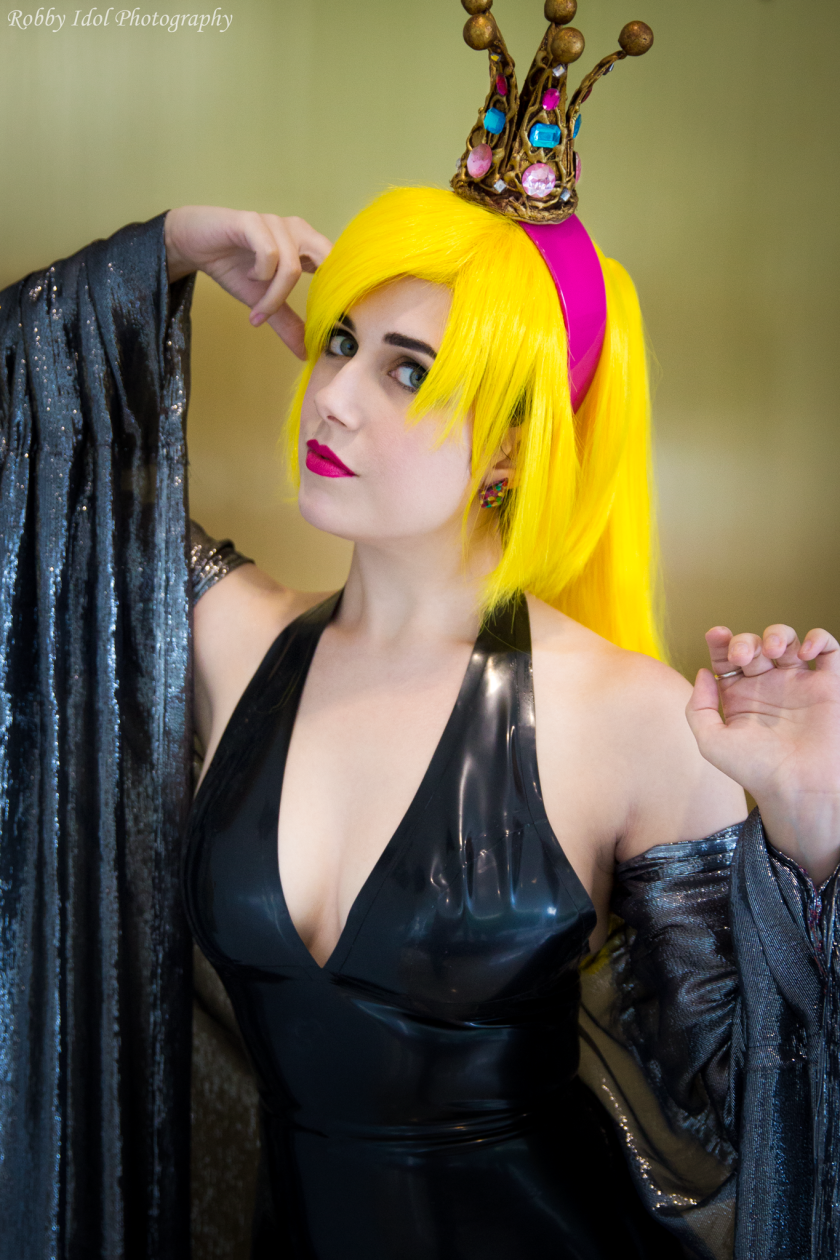 A fun costume to wear, though I plan on altering the halter before I wear this again.

One thought on “Adventures in Costuming; Princess Daphne – Dragon’s Lair”